Blogging Buffet: D is for Disneyland

April 05, 2016
The theme of my A to Z Challenge posts this year is "Blogging Buffet." In celebration of recently posting my 1000th blog post, I am revisiting posts from the past.  This post originally published on June 3, 2011. 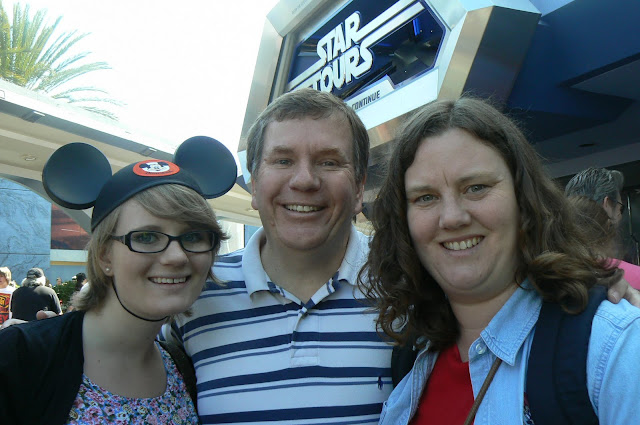 Camera-savvy youngest daughter took this photo on our trip to Disneyland on Monday.  But wait, you say--doesn't Star Tours officially open today?  That's true, but before a ride officially opens, Disneyland often has "soft" openings.  Monday was such a day, when Star Tours had a "sneak preview" and was open to everyone.  Thanks to short lines early in the day, and the use of fast passes, we were able to ride four times!!!

The ride lived up to its hype.  Each time we rode, we experienced something different than the previous times.  We never knew where our journey would take us.  Each ride visits multiple locations, so even though we visited the same place on more than one ride, we never had the exact same experience.  Sometimes we met Darth Vader, other times Yoda, other times Jar Jar Binks.  One of my favorite scenarios is the underwater adventure.  I won't spoil it for you, but the imagineers really put a lot of humor into the situation.

We will definitely return to ride again! 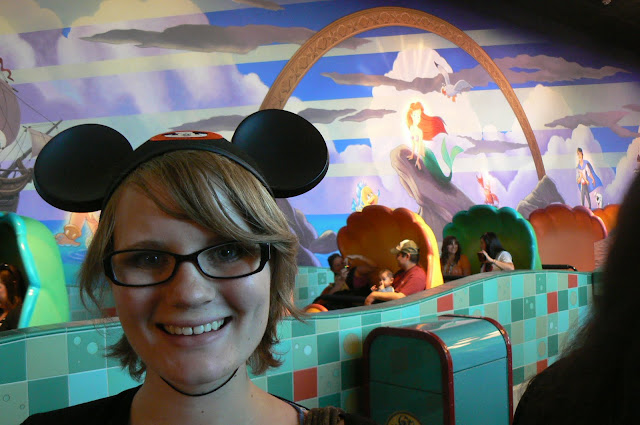 Disney's California Adventure park also had a soft opening on Monday, for Ariel's Undersea Adventure.  It would fit right in at Fantasyland in Disneyland.  It is a cute, gentle ride, filled with music and animatronic characters from The Little Mermaid.  It has its dark moments, but overall I find it less dark than most of the Fantasyland rides.  We all enjoyed it, but I don't think it is on our "must see" list for next time.  If the kids were young or big Little Mermaid fans, that might be different.

Oh, this didn't happen on Monday, but here's a funny Disneyland story:  Everyone is probably familiar with the "gets-stuck-in-your-head" song, "It's a Small World."  I never thought it could be worse, until one day I heard a little girl singing it on the tram ride back to the parking lot.  Instead of singing the whole chorus, though, she sang:  "It's a small world after all, it's a small world after all"...breath....then she repeated that much!!!  Over and over again.  She never got to the "...it's a small, small world" part!

Thanks for family fun!