March 14, 2012
A picture's worth a thousand words, and in family history research, few discoveries bring more excitement than finding an ancestor's photograph. 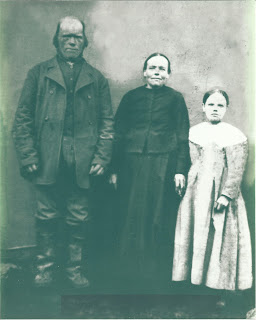 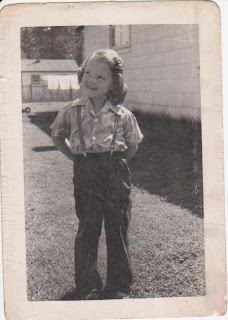 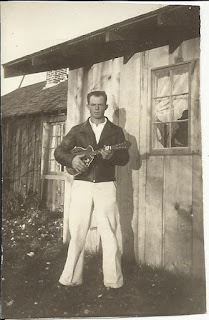 The 1940s brought at least two photographic milestones: the introduction and subsequent mass-production of the Polaroid Land Camera Model 95, and presumably the coining of the phrase, "Say cheese."

The Polaroid eliminated the waiting game that defined photography in the pre-digital era.  No longer did one have to send film out to be developed and returned as prints; the camera magically produced a print in less than a minute.

The Model 95, introduced in 1947, became commercially available in 1948.   I don't know what year my grandparents bought their first Polaroid, but I have great memories of Grandma snapping photo after photo, replacing film and burned-out flash bulbs, and waiting impatiently to see the results.  Grandma could find nothing too trivial to snap. 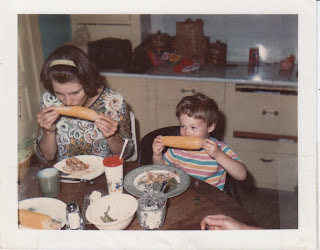 
The phrase, "Say cheese" pre-dated the Polaroid by a few years at least.  No one seems to know precisely when the phrase originated, but the answer might be January 20, 1943.  On that date, an article titled, "Need to Put on a Smile? Here's How: Say 'Cheese'," appeared on page 2 of the Big Spring Daily Herald, a Texas newspaper.  The article described how to obtain an "automatic smile" by following this step:  "Just say 'Cheese.' "

The tip must have spread like a Texas wildfire, because generations of Polaroid owners have captured smiles by having their subjects say, "Cheese!"

Thankful thought:  Thanks for photos, from tin types to Polaroids and beyond!

Disclosure:  As part of the 1940 Census Ambassador program, this blog post enters me into a drawing for an Amazon.com gift card.  Please consider helping with the census indexing project by visiting the1940census.com.  You could also help spread the word by writing your own blog post!