If you know Christine from A Fly on the Chicken Coop Wall, you might remember this post she wrote back in November of 2014. If so, it is worth another read, and if not, you are in for a treat. Christine truly shines when it comes to family! I asked her if I might reprint this post on my blog for #LightTheWorld, and she graciously agreed.

The Best Christmas Present I Ever Gave

Back in October, when my nephews were staying with us, somehow the boys and I started talking about the scrapbook we put together 10 years ago.  My nephew jumped in and started quoting things that were written in it.  I was shocked.

Me:  You remember that scrapbook?
Nephew:  Yeah.
Me:  When was the last time you even looked at it?
Nephew:  About a month ago.  It's on the table next to my bed.
Me:

This child has moved many times in the last 10 years, including a couple of places during their 3 years in Hawaii.  Just in the last 2 years he has lived in three different places in Kentucky.  I couldn't be more shocked that he still has this book, let alone knows where it is.

I knew it was a good thing when we made it, but I had no idea it would still be looked at 10 years later...

Twelve years ago, my sister and 2 sisters-in-law each delivered their first babies (all boys!) within a few months of the day I gave birth to Giant.  We all lived in different states, and I was sad that none of the kids would know each other very well.  The year the boys were turning 2, I decided to make a book for them to help them all learn both the alphabet and the names of their relatives.  It began as a project for my kids and me to do together, but it quickly turned into an extended family affair.

First I wrote out the alphabet and listed all of the relatives according to the first letters of their names.  The kids helped me come up with adjectives and verbs beginning with each of those letters.  We then had to be patient and wait for a time that my family was all getting together.

It came in November.

My grandma was turning 80 that year, so everyone went to Thanksgiving in Ohio and stayed for an extra day or two to celebrate with her.  We jumped on the opportunity.  We let all the relatives know about the book we were making.  We were going to be asking them to do some crazy things, and they had no choice but to do them.  Not only did the relatives do these things, they even came up with crazier things to add.  We all had so much fun coming up with the ideas for the pages, but executing the ideas was even funnier.

We made my step-mom and brother "run a road race". 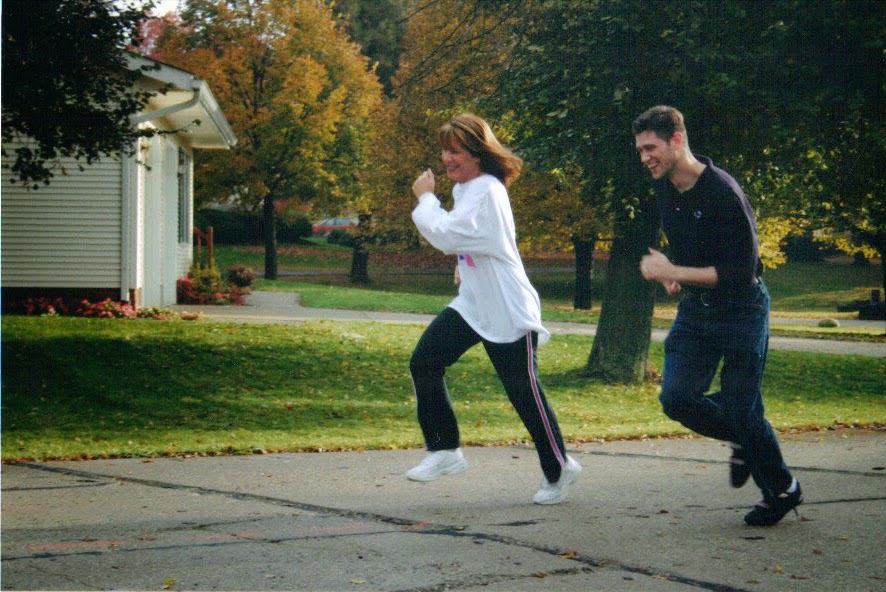 We told my dad (Papa to my kids) that we would be taking a photo of him with some pancakes.  He ran with it, and he is quite proud of his acting abilities.

We even got my grandma to pose for her photo outside where the neighbors could see her being silly.  Let me say, that was huge.  My grandma is from the generation very big on being proper in front of the neighbors.

Once we got the letters which had relatives associated with them, we had to get creative.  No one in the family has a name starting with lots of the letters, including F, H, I, K, and X.  During that Thanksgiving weekend in Ohio and over the next month, we were constantly on the lookout for ideas to go with each letter.  We poured over the dictionary to find words that could work.

For example, since my grandma had just turned 80, she got to do yet another embarrassing photo in her driveway for all the neighbors to see:

Coming out of my mother-in-law's house one day, we were thrilled to discover that the neighbor had turned 40.  His family not only let us all know in a public way, but they gave us the perfect idea for our F page:

We used some family history to make some pages:

We made special trips around town to snap specific, more elusive letters.

We even got the relatives' pets involved:

By far, the favorite photo taken in the entire book was for U.  The laughter that ensued when we managed to get "unknown uncles under an umbrella in their unusual underwear" made the entire project worth the time.

seeing as how the uncles, including Bryan,
probably don't want their bare bellies and legs out there
on the internet for the world to see.
(They were "unknown" because they used the umbrella to cover their faces.)

Once all of the photos were taken, the kids and I went to a few scrapbook and craft stores to find stickers and paper to coordinate and decorate each letter page. 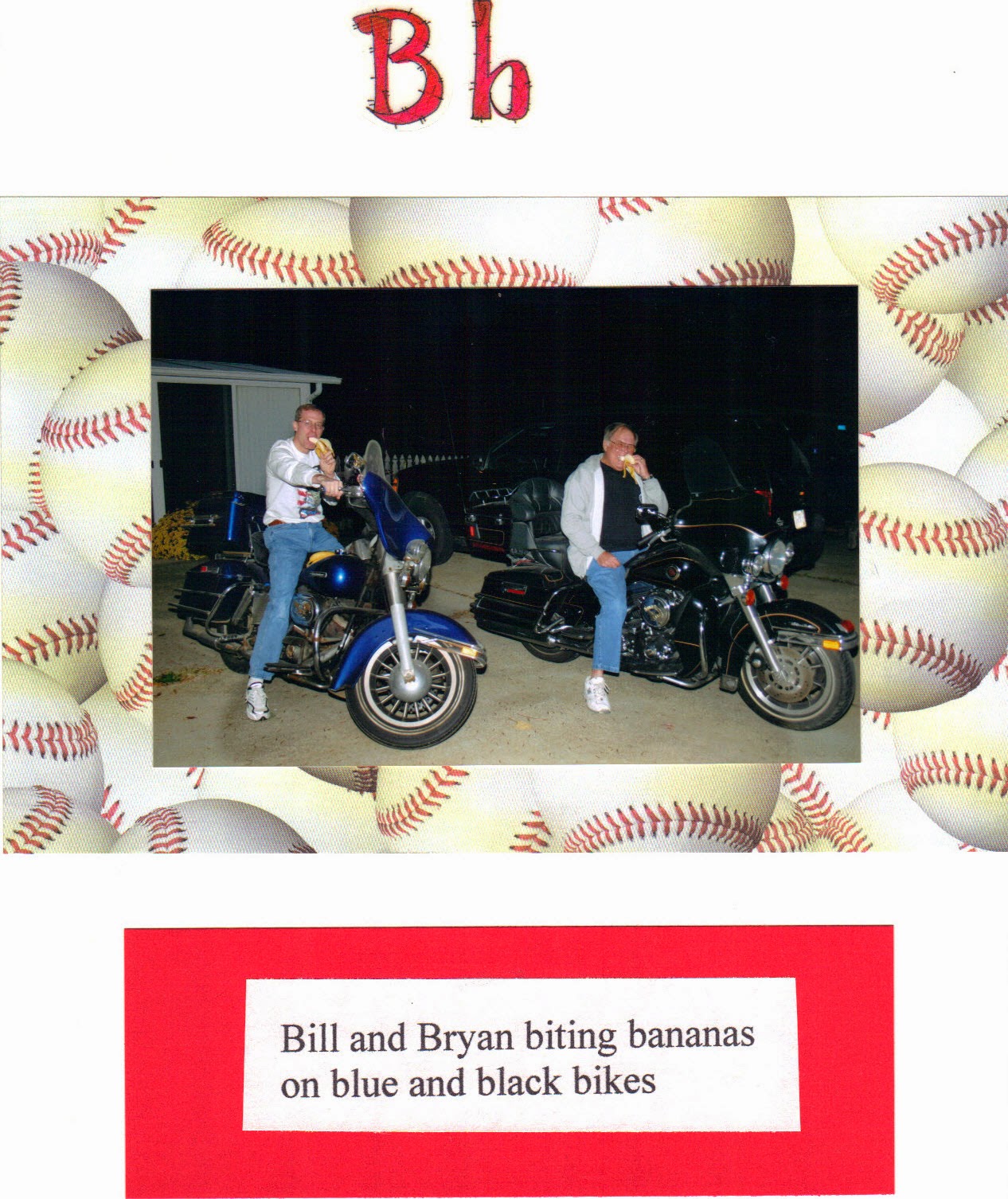 Finally, I put all four of the books together and handed them out at Christmas.

Well, I handed out 5 books.  My dad enjoyed the project so much, I made one for him, too, minus the paper and sticker decorations.

I can't believe it was 10 years ago.  Since then, lots more kids have been born into the family.  So many people aren't in the scrapbook.  It doesn't matter so much, though, since everyone now lives closer together.  The kids frequently see each other and know each other well.  They don't need a book to remind them of their relatives.

Part of me wants to do another one, though.  Ten years ago there was a  bit of a letdown once the books were done.  Having a common goal really got us laughing and being creative together.  I don't remember another time when we had such an experience with everyone.  It really was a whole mess of fun.

I'm thankful for Christine's idea and example of making motherhood so much fun! How do you #LightYourFamily?