I Now Know Who You Are, Grandma Whitehead! 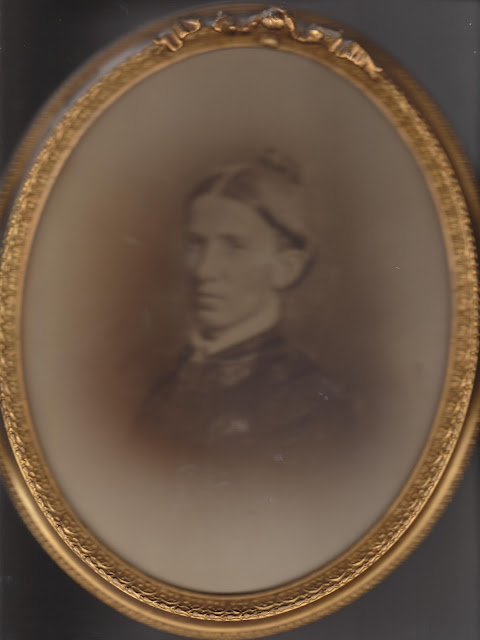 
Last week when we were out on our date, John suggested browsing at the local antique store.  I readily agreed, as we both like going to this particular store.  It is huge, and specializes in everything.  (If you want/need a zebra pelt, I know where to find one.) We never know what we are going to find.

Last week, what stood out to us was an oval framed photo.  The store was packed with framed photos and artwork, so there was no reason this particular photo should have grabbed our attention.  The small price tag was labelled, "Grandma Whitehead's photo".  I wondered how in the world the store owners knew the woman's name.  I turned over the photo and found this: 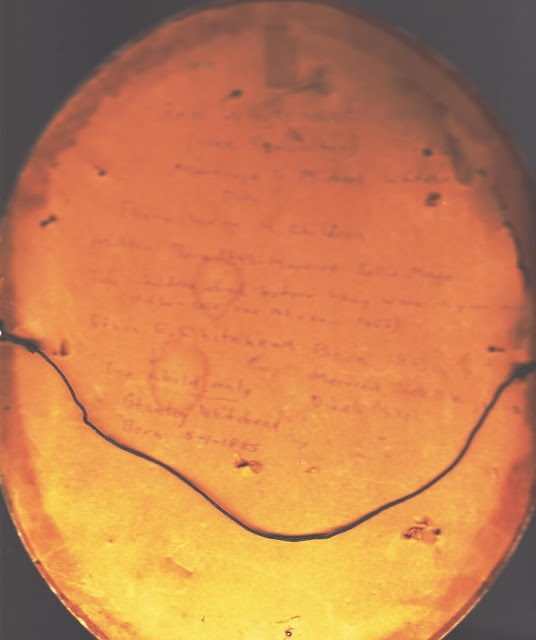